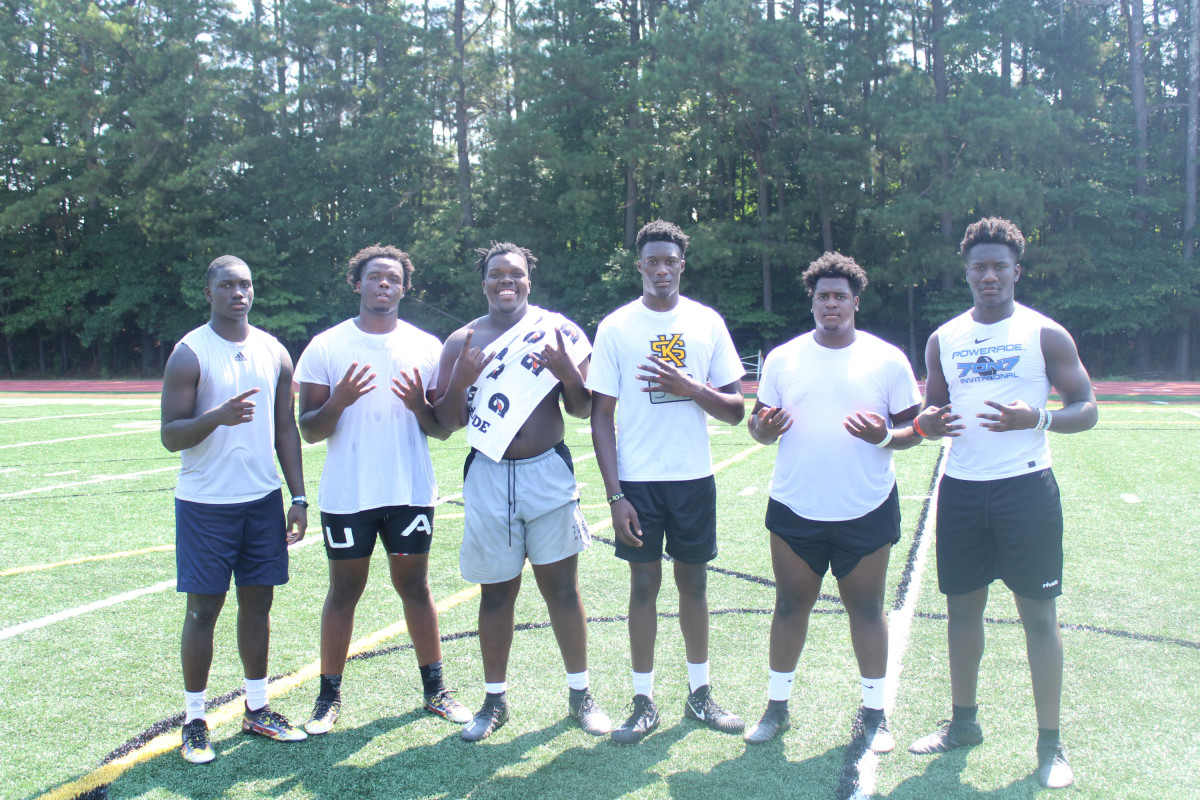 ATLANTA, Ga. – After finishing up at Ellenwood (Ga.) Cedar Grove today to watch an incredible 3A program begin workouts, it’s three days on the road within the state of Georgia. Here’s a look at some of the best prospects and moments thus far, just to provide a taste of what Georgia’s talent pool is all about.

With Adam Hopkins and Ricky Fulton III as the headliners, Thomasville, Ga. talent showed an abundance of skill position talent. First video: Hopkins. He’s one of the South’s top prospects regardless of position for 2023.

Second video is Ricky Fulton III, one of the most underrated 2023 prospects in Georgia.

This next player recently committed to Georgia Tech, and he’s one of the most imposing figures from the class of 2022. Meet Leesburg (Ga.) Lee County standout and do-it-all prospect Jaron Willis.

A player that’s an in-the-box safety, wide receiver, running back, and just plain football player, Willis comes in at 6’2″, 221-pounds. He’s one of the most unique recruits not only in Georgia or the South, but the entire nation.

After learning wide receiver on the fly while playing with Cam Newton 7v7, Willis quickly became a go-to player. As for Lee County and Friday nights, Willis moves to different positions to take advantage of his versatility and big-play ability. Willis is slated to play safety for Georgia Tech.

A teammate and cousin of Willis, Tyrus Washington, is closing in on his college decision. Here’s a look at him inside Lee County’s weight room, plus a link to an article about his upcoming decision from an interview conducted on Sunday, July 4th.

The long list of talent in Atlanta seems to be in perpetual motion. Sunday evening, the opportunity to meet one of the nation’s top 2024 prospects, T.A. Cunningham came about, and here’s a photo of the 6’6″, 265-pound defensive end.

Cunningham participated at the Atlanta Under Armour event earlier this year, and could be easily have been mistaken for a 2022 prospect. As unusual as it may sound, Cunningham looks thin at 265-pounds.

His first step and natural strength are impressive for his age, and he’s adding pass rush moves to his repertoire to improve his craft. Cunningham already holds offers from twelve programs: Arizona State, Arkansas, East Carolina, Florida, Florida State, Georgia Tech, Michigan, South Carolina, UCF, Southern California and Wake Forest. Cunningham may be a new name in the recruiting industry, but he’s also made the rounds to several programs for unofficial visits, including Clemson:

There are simply too many prospects to go through every player in detail (good problem for the Cedar Grove coaches to have). With that said, conservatively speaking, the defense alone possesses ten college football players. That total represents just the classes of 2024, 2023, and 2022; the class of 2025 provides additional talent as well.

The heart of Cedar Grove’s team derives from the talent all along the defensive front seven. It’s incredible for this many young men to be high caliber players. Any college program in America not recruiting Cedar Grove is missing out.

Everett Roussaw, Jr. has offers from UCF, Arkansas and Mississippi State. He could be a player that eventually places his hand in the dirt, but will play linebacker for Cedar Grove.

Joshua White could play defensive end or defensive tackle at the college level, and he’s powerfully built young man that’s not yet filled out. He’s really open on his recruitment, and admitted that he’s open to new schools recruiting him. The 6’4″, 283-pound prospect is one to watch, as even though he has a bevy of offers from SEC schools and many others, he wants one thing from the college of his choice.

Christen Miller provides another unique body, as his athletic skills could see him at strong side defensive end, defensive tackle, or both. Interestingly enough, Miller worked quite a bit as an outside edge rusher during practive. That’s impressive for a 6’5″, 295-pound player.

“Ohio State versus Oregon, I’ll be at that game,” Miller said excitedly.

As for in-state, Georgia is also an option.

“Georgia, I might find a way to go visit them during the season. I don’t really know about that one.”

As for a decision, Miller simply stated, “I’m going to try to do it before January.”

The player with perhaps the highest upside would be 2023 outside linebacker Adonijah Green. It’s difficult to imagine a prospect with longer arms.

After weighing less than 200-pounds last fall, Green just began to fill in some mass and strength. He’s concentrating on his efforts in the weight room to help that endeavor.

“I’m trying to weigh 210, 215,” Green admitted. “Before the season starts, if I can get there, I’ll feel accomplished with that aspect.”

His father was 6’9″ and several other members of his family possess height, so there’s a chance Green is not yet done growing. As for recruiting, he’s just starting to receive attention from coaches and has six football scholarship offers.

Kyle Mosley will look to continue to the defensive line tradition for Cedar Grove, and he will be an anchor in the middle of the defensive line for the next three years as he’s a class of 2024 prospect. He moves very well in space, provides good hand quickness, and loves to compete.

Hard to find defensive tackles with Mosley’s frame, and he’s not done growing. He will likely be 300-pounds or more once he leaves high school, and he has plenty of time to add strength.

Carlton Madden originally committed to Colorado, but is now open to other opportunities. With his explosive first step and athletic frame, he certainly possesses the ability to be a force in college.

The 6’3″, 240-pound edge defender could grow into a full-time defensive end within the 4-3 defense, or be a stand up pass rusher in a 3-4 defense. Either way, Madden is a unique prospect at a valuable position.

Not to be outdone, the secondary is loaded with talent as well, and it all starts with cornerback Kayin Lee, a top-notch 2023 prospect that’s likely to be a national top 50 player.

Lee went from 154-pounds in March to 175-pounds in July. He’s concentrated on his diet, continues to hit the weight room, and his focus and drive add to why he’s one of the most sought after cornerbacks in the nation. Lee ran a 4.41 at Ohio State’s camp, and he’s just scratching the surface of his talents.

There are several other athletic defensive backs from Cedar Grove as well, including an under the radar cornerback, Ricky Lee III.

Although not a relation to Kayin Lee, this young man has speed and quickness to play at the college level as well. With two years of high school football remaining, Lee is a prospect that could materialize into a late bloomer that earns major offers, similar to another Cedar Grove player, safety Donovan Johnson.

Johnson is a prospect that can play cornerback, safety or nickel. He’s 6’1″, 188-pounds, and he’s a physical football player. Offers to date include Mississippi State, Auburn, Tennessee-Martin, and Miami of Ohio.

Finding top talent in Georgia does not take much effort. There’s an incredible amount of talent within all regions of the state, and it’s a matter of just going out and finding it.

Next up, more top Atlanta talent tomorrow. Then it’s off to the Alabama to see more top prospects. 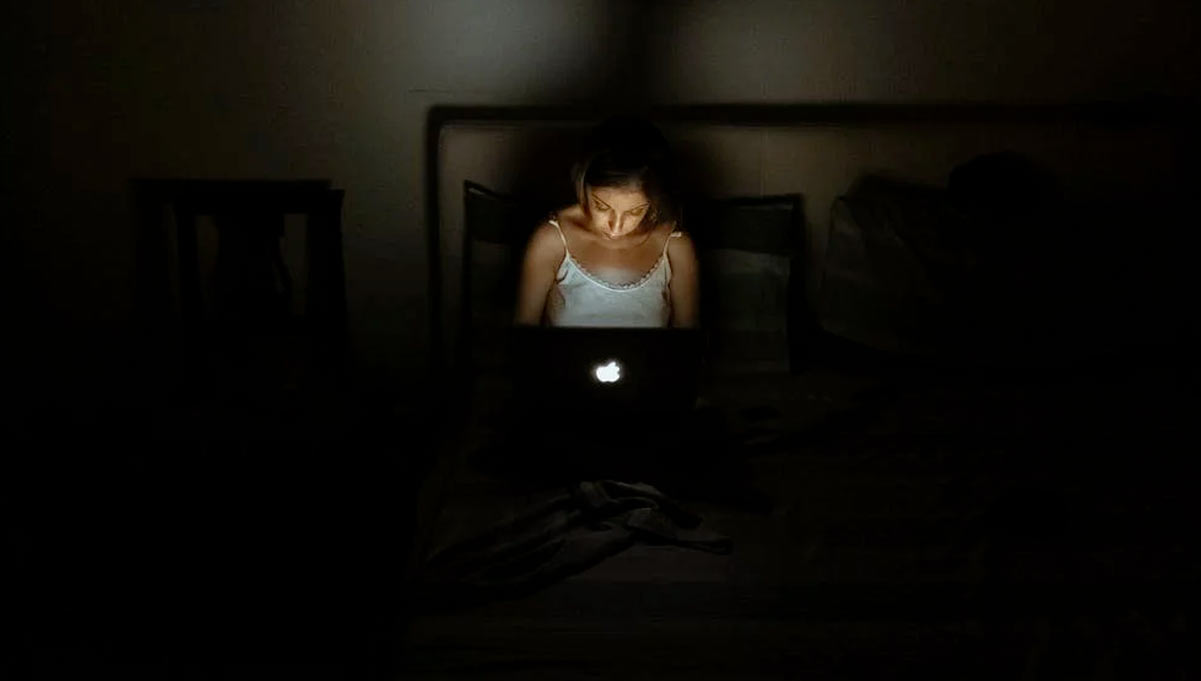