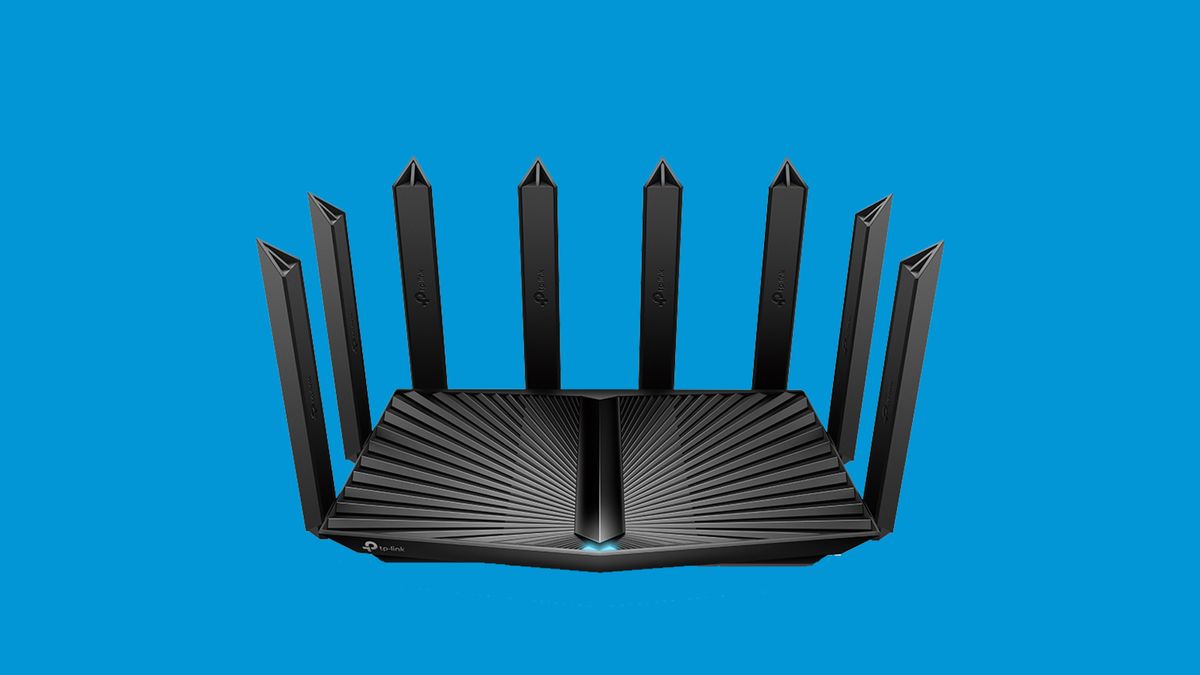 If you’re looking to make the most of your home Wi-Fi network, this TP-Link Archer AX90 (AX6600) review is definitely the right place to be. This is one of the best wireless routers you can buy. You’ll be able to use it alongside any TP-Link OneMesh device including some of the best Wi-Fi extenders.

Most of us have dozens of internet-connected devices around the house, from computers and smartphones to smart lights and speakers, there’s loads of tech sharing your home Wi-Fi network. That can easily cause network delay, especially if you live in an area with lots of people, their wireless networks can actually interrupt your own connections.

The TP-Link Archer AX90, otherwise known as AX6600, is a smart Wi-Fi router that will help to boost coverage around your home. It also uses Wi-Fi 6 technology to increase the capacity and efficiency of your network. You’ll be able to make the most out of your devices, especially if you’re using one of the best smartphones, or one of the best laptops from the last couple of years. Here’s what I thought when I tested it out for a month.

You can pick up the TP-Link Archer AX90 (AX6600) router from Amazon for £329.99 £249.99, AU$423. It’s definitely a more premium option, but there are sometimes some good deals on it so it’s worth keeping an eye out for those. The widgets on this page will give you the most recent prices from retailers across the web.

Using a 1.5GHz quad-core processor, the TP-Link Archer AX90 (AX6600) is a powerful piece of kit. Lag is unlikely and it should be able to cope with masses of clients.

A lot of modern routers are dual-band, the TP-Link Archer AX90 (AX6600) takes things up a level. It’s a tri-band router that has support for two 5GHz channels, with speeds up to 4,804 Mbps for 5GH-1 and 1,201Mbps for 5G-2. That’s not as fast as T3’s favourite wireless router but it’s still pretty good going.

The maximum speeds on the last 2.4GHz channel are actually lower than on some other routers, up to 574Mbps. That’s something you’ll want to bear in mind if you have a lot of tech that requires a 2.4GHz channel. It’s also worth remembering that although the 5GHz channels are faster, they can’t stretch as far as the 2.4GHz channel.

With Smart Connect switched on, your devices are assigned automatically to a channel, depending on what they need the network for. What you’ll see on your network settings is just one named Wi-Fi network, the router does the rest for you. So products like consoles, smartphones and computers which will benefit from the best speeds possible will be hooked up to the faster 5GHz channel for instance, while tech like Wi-Fi lights will be put on the 2.4GHz channel. If you want to assign devices manually, you can.

To make the most of the router, you’ll need to have high-speed fibre-optic internet, as well as devices that are compatible with WiFi 6, which most new phones and computers are.

Best used in houses with up to four bedrooms, the TP-Link Archer AX90 (AX6600) has quite a large range, using its array of eight antennas to cover more directions and to open up more bandwidth. By the router, I obviously had the fastest speeds from my WiFi 6 compatible smartphone on the fastest channel, it got to about 69Mbps. Even behind one thick wall, I found my connection hadn’t dropped by much, at 67Mbps. Further away, through two walls, there was a more significant drop but not by anything dramatic, it was still 58Mpbs. So the connection was pretty stable across my home thanks to the router, and more generally, it felt a lot faster to use too.

Relatively big in size, the TP-Link Archer AX90 (AX6600) measures 311× 207× 174mm. It’s quite a beastly looking device with its eight antennas and sharp edges. But the matte-black coating is relatively plain and simple. You can mount it on a wall, I had it tucked away in the corner of a desk, though.

On the back, there’s a 2.5 Gbps WAN/LAN ethernet port, a 1Gbps WAN/LAN Port and three 1Gbps LAN Ports as well. There are also two USB ports, you can’t expect much from them performance-wise but it’s great to have them there because you’ll be able to connect printers or external hard drives for sharing on the network. If you use one of the Gigabit Ethernet ports to connect the router to a Smart TV or computer, you’ll really be able to make the most of what they have to offer.

Setting up the TP-Link Archer AX90 (AX6600) is done through the Tether app for iOS and Android, or failing that, you can set it up from your internet browser. You just need to create an account and set up a wired connection between the router and your modem. Using Bluetooth, you then just follow the instructions in the app. It was very simple and took about 10 minutes all in all.

The Tether app is polished and simple to use. You get notifications on your phone when a new device connects to your network, detailing the connection type it has been assigned to. You’ll be able to manage the SSID, passwords, and Smart Connect from the app, although a lot of the more complex settings can only be accessed from a web browser. Another way to manage the router is through the TP-Link Router Skill for Alexa, you can control its LEDs, prioritise devices, manage the guest network and run a speed test all using voice commands.

TP-Link’s OneMesh intelligently connects mobile devices to your OneMesh-compatible router or extenders by picking out which device will provide the best connection, but it keeps everything under one network name so you don’t need to manually switch between them. It ultimately boosts signal strength around your home and eliminates dead spots without any hassle. I tested out the TP-Link Archer AX90 (AX6600) alongside the TP-Link RE505X Wi-Fi Range Extender.

HomeShield is included as well, it protects your internet-connected devices from cyber threats. It also allows you to manage online time and block inappropriate content through the parental controls section, as well as prioritise bandwidth needs according to the device, and see insights into the past 24 hours of internet usage. You can choose to pay a subscription fee for the Pro version, which will set you back $5.99 / £5.99 a month. You’ll get more advanced features like security for IoT smart home devices, time limits, filters for malicious content and 30 days of internet usage statistics.

The TP-Link Archer AX90 (AX6600) wireless router will improve speed and coverage in a medium or even large home. Having to set up an account to manage your settings is a bit of a downside yet it’s a small price to pay for how easy it makes the router to use and control. You will also need to pay to get the most advanced version of their security system, but the basic version will be good enough for most.

This wireless router won’t give you the absolute fastest speeds possible, we’ve seen faster routers, yet it’s by no means slow. It’s sure to improve the efficiency of your networks and the performance of all of your internet-connected devices like your phone, laptop or smart tech. It is a little pricey but I think it’s well worth the cost.

If it’s the very best wireless router you’re after then take a look at the TP-Link Archer AX11000. Although it’s not the best looking device, and it’s far from being the cheapest, this router will provide ultra-fast speeds making it a fantastic choice for gamers as well as more casual users.

If that’s a bit too pricey for you, then the best cheap wireless router is the Asus RT-AC86U. You won’t get the very latest features or the fastest performance but it will boost your current setup with everything you need from device prioritisation to advanced security protection. 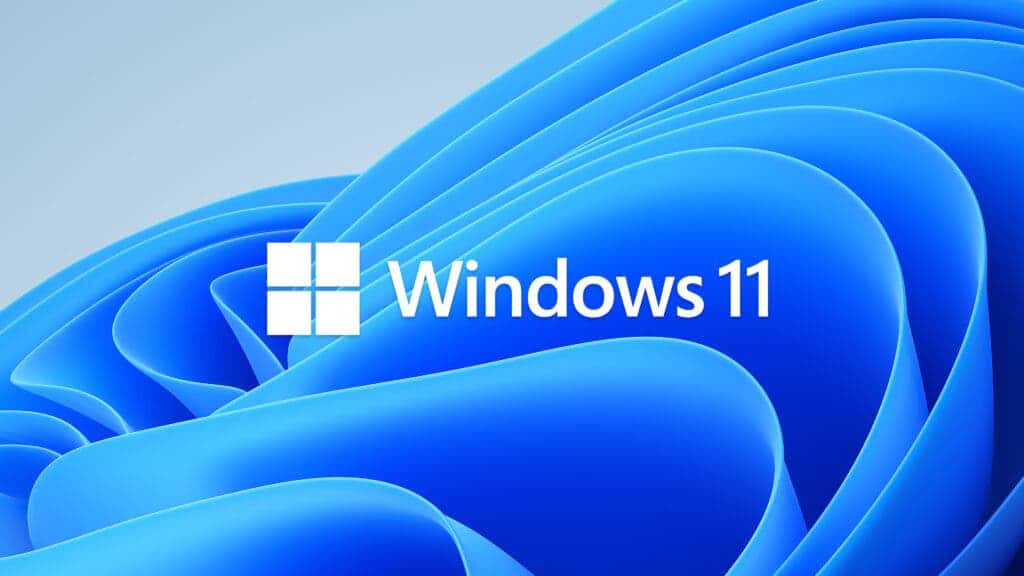